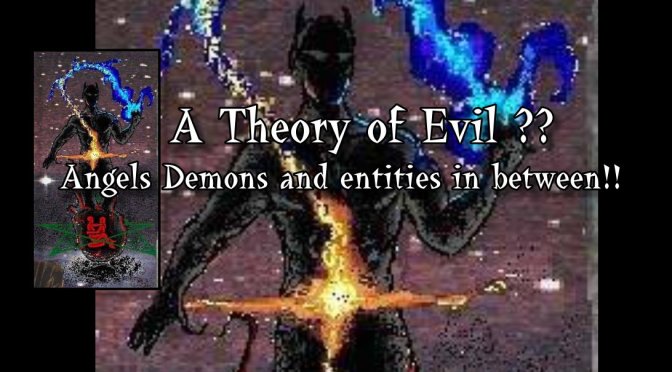 Everything living has a survival instinct..and when a moment comes – to be killed or be killed, each must make a choice. That’s just biology. I also believe in the Collective unconscious, where all the minds are linked.. And that when we humans don’t deal with our emotions, repress them, we sink those shadows deep into the collective..adding to its murky waters..

It follows that every killing instinct everyone has all adds up.. every hurt person who wants to lash out at their offender.. can seek revenge by hurting back or repressing or dealing with that (process it and transform it).
Now I think that some of us are strong willed enough to sink our repressed feelings and instincts…and get on with life. But some poor sod (person) out there who has no strength of Will…but is connected to the human collective…will have a weak `flooring’ through which the repressed collection of harmful instincts will erupt out.. !!
In short, what we repress comes out in someone else.. and they become the villain…the abuser..the killer..the rapist..the murderer!
This much I have formulated/understood and believed for over a decade and a half..(since 2001 when i started learning transpersonal psychology and blending it with my own spirituality and beliefs). ps. I call this my `Volcano theory of human shadows!’ (that the visual I get).
When we are faced with such a villain, it’s easy to brand him/ her as utterly evil.. It’s humanly impossibly not to hate or vilify that person. I personally would fall for that every time.. ! We would even call that person `Evil’ . But i try to accept that…that person is only a conduit for the sum of all our own darkness and shadows!
As for Evil.. I actually don’t think there is such a thing.. shockingly!!
But there is a selfish drive in all of us..all beings..including the spirits..that were once human or animal..or were never born as such. I don’t think that dying somehow removes some of these selfish or self-preserving drives.
It is my belief now (after the last 4 years of various psychic experiences)..that the spirit world is full of creatures.. entities.. everything from ghosts of a dead worm and insects to humans..and some forces we come to call angels.. even Gods! everything wants to survive..to go on..to keep its identity. They will do this however way they see fit.. unless some altruistic feelings stop them from hurting other beings. The dead worm’s spirit will keep on trying to scour for `food’ (energy).. and that can be coming from vampiristic / leeching from humans who are living..
And the `Angels’ won’t steal from us..but try to aid.. As for Demons.. they are probably larger beings who act on their drive for energy and power ..and may temporarily `work’ to aid some humans..but in the end ..their motives are entirely self-serving.
Well..this is the grand theory/ belief I have constructed for myself over years.. and this is probably the first time I have put it all in one go..in one place.. (these exist in copious hand written notes in paper…and spill out when i give talks or workshops..in pieces)

-Mani Navasothy
–version 1: 11th April 2018
——————————————————–
The above was written in answer to a friend’s question about do I believe people can be evil or who they become by following a path.
That question arose in answer to my post :
Angels & Demons in our minds and magical works:
It puzzles me.. why, when we have so many hundreds if not thousands of Godforms, Angelic forces, fairies, dragons and nature spirits.. do some people leap off and seek Devils & Demonic forces to work with?
I don’t accept the explanation that they are working with their shadows. If that’s the case, the first option is a Therapist, a counselor or a Psychiatrist!
The only explanation I can think of is…those others believe that their work with `demonic forces’ is somehow more fundamental or more powerful …than any other forms or forces..such as Gods & Angels!
Millions if not billions of people around the Globe get on with their lives, without it, and at best they call on a God or Angel…more so than a demon!
Never mind them…I myself have got this far in life.. by working with Gods and Goddess forms, and perhaps some angelic energies. When certain entities are trying to intrude, a simple `Om Shivaya’ chant has been more than enough to stop it. Perhaps it’s the Gods..perhaps its my belief in the Gods.. that gives me this advantage over unknown forces. It’s safe to say, my work will always be with the light, while I carry on illuminating my own transpersonal shadows.
-Mani