For a long time, many have been concerned about the way technology is advancing – thanks to the internet and the World Wide Web.

Where is it going? Who is watching?  And dare I ask – what’s actually brewing within the internet… in that vortex, where Billion minds and thoughts exchange?  Those who are psychic, and particularly sensitive to energies.. may have sensed it…as you hang out in the internet late at night, when all other noises have subsided, and a kind of  vibe or pulse can be felt..

As Magicians, we all know about the power of Mind..  and also about Thought-Forms. So imagine the powers of all those minds…Billions now.. using the internet..  thoughts go from mind and neurons to electronic signals..  and back to neurons.. Thoughts and ideas that are recorded in their trillion million masses on computer memory.. 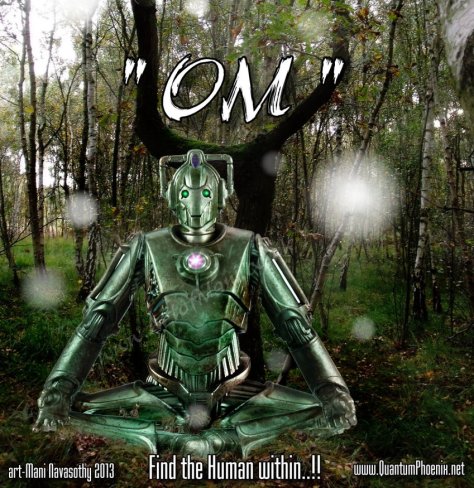 We think it needs electricity to make it work..  all those giga bits of information.

Says who?  And has anyone really thought about the quantum fluctuations, probability waves of all that information… entangling within themselves and with our minds?

Gaia Theory..  a network of living organisms…that supposedly give rise to a planet-consciousness.

Gaia is already in its clutches…at his mercy.  And am sure she is screaming  in 1’s and 0’s ..

ps.   (19/3/13). We often talk about the Web of Wyrd.. and over the past few decades, we have been making electronic webs all over the world and tying Billions of human minds to it… Ages ago, different proteins swimming in primordial soups came and locked together ..because it was convenient for survival..and made bigger living cells.. What’s to say the same is not happening in Cyber-Collective Consciousness, where bits of our billion fragmented thoughts aren’t coming together ..fitting in like jigsaw pieces.. and self-creating a electro-thought entity..? -Mani

pps.   (21/3/13). I’ve had a comment from a person, but sadly there was much swearing,  and personal insults (How mature!)  :-p  So I can not publish that comment.   Am a bit astounded that someone out there can get so personally worked up about my blog post on an abstract / fantasy /thought-provoking concept …such as CyberGod.   We are not talking about video games here. We are in the realm of the Collective Unconscious and Esoterica.      What I write are my views. Anyone is welcome to argue counter-points logically, scientifically or esoterically – and I can respect it. Anything else is just … waste of pixels. 🙂

Cybermen..  arch enemies of the wandering Time Lord (The Doctor). These creatures – humans from another planet who had replaced body parts with cybernetic parts so much that they became cybermen – were first encountered by the Doctor whilst in his first `incarnation’ – (William Hartnell), and the adventure very nearly killed the Doctor.  It was called `The Tenth Planet’ – where a wandering 10th planet came very close to Earth in deed (by its own propulsion …thanks to Cyber-technology)!  The weather on Earth went haywire. Those Early Cybermen were really scary character to be honest. Fabric-draped faces..  hollow gaps for eyes.. and mouth..  and speaking in a strange tape-recorder playing on/off type manner.

At the end of it, the (first) Doctor had to withdraw to the safety and support of the TARDIS, where he regenerated for the first time!  Those were the 60’s!

Well, more recently (2006?) when the revamped `new’ new new new series of Doctor Who came back to BBC TV, Russell T Davies & the folks responsible re-invented the origins for Cybermen. These ones were the product of a Scientist in a parallel Earth – who was a disabled (wheel-chair bound) guy who wanted to create better models..  and he kidnapped and surgically hacked homeless people off the streets and turned them (or just re-housed their brains in machine body suits) into Cybermen.

Few years ago, for Christmas special, there was the story `The Next Doctor’ – where the then current Doctor (David Tennant) found himself in Victorian London, in snow..  and encountered a cybermen plot to create `CyberKing’ – (spoiler alert) – a Giant Robot form.

As a pagan I got thinking about this – and as I already had a `Maya Sun God’ mask, decided ..not only to make a new cyberman mask..but to also make a `CyberGod’ out of him (Cybergod is a Concept I have played about with for many years in my own visionary art explorations and narratives..   It will surface one day! 😉

So here’s the step by step photos of how the Cyberman mask was made.. It’s made entirely of card board  (link comes from my Fantasy, SciFi & Visionary Art website Art of Mani)

ps. By the way, this is the 2nd Cyberman mask I have made. The first one was made around early 1990’s, and I also made a full cybersuit then (polythene body suit sprayed with silver paint)..  to walk around King’s College (London University) Student Union areas, to promote the `Sci-fi  & fantasy Society’ (My friend Raymond & I started that off).   It’s possibly the earliest example of me wearing a mask and parading around large number of people (been doing that in Open pagan rituals in recent 7-8 years).

Doctor Who (my) blog links

Tardis Tales: K9 and me