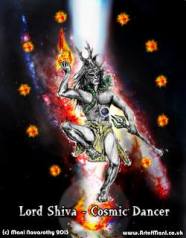 Hi All, apologies for not doing this 6 months ago..  I have put together this list for Hindu auspicious dates/ rituals take place in 2016. (dates collected from various online sites, as well as the booklets published by some of the major Hindu temples in London that I frequent).  As many know, Hinduism is just full of so many events, fasting days, auspicious dates..  So this is just a part of that spectrum.. (one’s that are of interest to me at the moment..where I do Hindu magical works).  Note that this list is also published as a page under my main menu (submenu under Hinduism) so you can always find it there.  Bright Blessings.  -Mani

12th August – Varaluxmi Pooja – sacred day for worshipping of Luxmi (Lakshmi) Goddess of Love & wealth (equivalent of Venus). She was born of the churning of the seas, and God Vishnu marries her.

4th September– Vinayagar Sathurthi (Chaturthi) – Birthday of God Ganapathy / Ganesh celebrated .( It falls on the fourth day after new moon in the Hindu month of Bhadrapada)..The festival begins with the installation of huge elaborately crafted statutes of Ganesha in homes and podiums, which have been especially constructed and beautifully decorated.  It’s forbidden to look at the moon on this first night as legend had it the moon laughed at Lord Ganesha when he fell from his vehicle, the rat. On Ananta Chaturdasi (the last day), the statues are paraded through the streets, accompanied by much singing and dancing, and then immersed in the ocean or other bodies of water. (see below for blog).

10th October- Vijayathasami (vijayadhasami) – the 10th day after Navarathri festivals is celebrated as a day of victory and special day (also said to be when Lord Raman returned to his kingdom, with his wife Sita and brother Lakshman, after having been exiled in the forest for 14 years).  see below for blog.

12th  & 13th Dec-  Karthikai Villakeedu – Day of light for all hearth & homes. Homes are decorated with many small lamps on doorways, entrances.