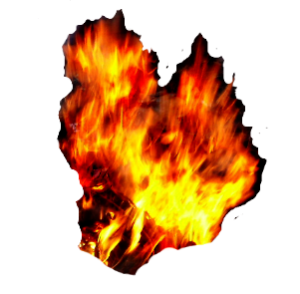 Since then it’s been carried by hundreds of individuals in a relay, along a clockwise direction around London, starting from the East, heading south, west, and eventually back to East part of London by 26th July.  And on Friday 27th July, it will be transported (not in a relay but by vehicles) to furthest west point of London- to Hampton Court, and be carried on the Queen’s Jubilee barge..by river Thames, to Tower Bridge.. before being taken to the Olympic Stadium for official launch ceremony!

This whole journey of of high esoteric interest to me.

Way back in 2005, being a practitioner of Magic & Wicca, I had the idea of doing a `London-Circle’ magically. (If others had done it before then, I didn’t know about it).  I had been interested in Earth-Magic -working with the land directly. So with the help of my partner April, and my friend Reggie, I set off to do a series of magical `circles’ around London.

We did the following on 3 separate occasions:

Earlier today, I watched the Torchbearers take it past my local area – around 2.15pm along the streets of Sutton.  And the recent taking of the Olympic Torch around London in a clockwise direction reminded me of the old magical works I had done back in December of 2005.

It is interesting, that the final relay of the Olympic Torch takes it along the river Thames. A flame on the water – opposite elements! The flame arrived n London on the last day of Sun in Cancer (astrological water sign and home of the Moon), and is now gong through London as the Sun travels through the first third section of Leo – a fire sign and home of the Sun! So the flame is in it’s astrological element now.

It is as if – intentionally or unintentionally, London is being consecrated by the flame, and a circle is being cast around it!  Despite all the commercialism of the Olympics, it is nevertheless no ordinary flame. It is one lit by a Priestess of Apollo temple in Greece!  So there was already magic to begin with!  I believe this will change London- not just the economical or political landscapes as everyone expects, predicts and hopes – but on a much deeper magical and spiritual level. When everything else has faded away, the magic will remain – below the surface of the `London Collective’ (and Tamesa!)

Personally, am planning a few magical workings of my own..  starting with a special Flame watch social on 27th July in the morning, followed by a bit of magical working nearby..