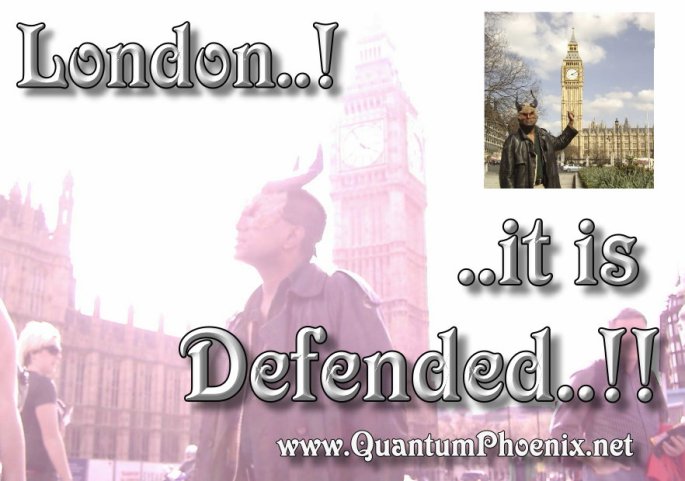 I have loved this country!  The refuge, the safety, the shelter and belonging –  it has afforded me and my family all that for the past 30+ years! And I love London, and all the glorious and wonderful treasures it has and continues to offer!!  And on a pagan- spiritual- new agey sort of way, I worship and honour this land.  People who know me well..know this already.

Imagine my shock – when this evening (last night, as I’ve not been to sleep yet) – when my sister barged into my room and told me about a terror attack on the British Parliament (I was putting the finishing touches to a community website that I’de been neglecting but finally updating..  and it actually has on the banner a picture of me wearing a mask and posing right outside the Parliament!)

My initial thoughts were sheer shock – thinking this is going to unravel London, and the terror-threats that have shown their ugly hands in other countries (USA, France, Germany) have touched us too here in London..   I immediately checked astrology transits – a few stressful ones for friday.. (mercury opposing Pluto is the worst I could find) followed by few great transits on saturday and sunday.   Nothing catastrophic like Mars-Uranus agitations..  but still it can plant shadowy seeds (park that for now).

I checked on the internet for quick news update – and sadly learnt that few people (including a Police man who was defending the Parliament) had died.  These deaths will have ripples..  That is for sure. (My father dying caused decades of ripples in our family..  so I don’t ever underestimate a husband/father’s death on his kids & family).

But a part of me was unperturbed and I even smirked  at the sheer stupidity of the attacker!!

What was he thinking – that a car and a knife was going to get him into Parliament? Our Parliament?!

I am the kind of guy who worries that if I walk slightly awkward, the police & cameras by Parliament might take me away  – My paranoia aside ( childhood fears from Sri Lanka..story for another blog)..  I have a huge amount of faith and trust in the Police, the security services and intelligence people who protect this country ( that’s England am talking about).

So I did smirk at the idiocy of some man who tried this attack.  Surely he must have known he’s bound to fail..  and even at the cost of his life? Perhaps, alarmingly worrying, is the thought that maybe he did know..  but causing an even symbolic  disturbance – albeit a failed attack – still show cases a point – that an attack is possible…and it can disrupt and spread fear and doubts amongst our people..

But London is strong..  as a place, as a collection of people, as a multicultural community, a sparkling city of dark and light, steel and glass and water (Thames), and as an old land itself.

There are Gods & Goddesses watching over our city – they have and they continue to do so.  I know, because I am one of those Pagan / Hippie / New Age/ spiritual type who worships London and invokes ancient deities to watch over it.

My magical friends & I have done many rituals in the past…for that safety purpose – The Thames-Isis rituals by the banks of river Thames and Cleopatra’s needle (Embankment), the Sekhmet ritual by Waterloo bridge/banks, the Hern rituals in Windsor Great Park, Croydon, Queen’s Woods, and dare I say ..even the submerging of Hindu Ganesh sculptures into the Thames!

For years, nay, decades now, I have personally been attuning to the energies of London – the city and the woods and the Palace of Westminster.   River Thames and Big ben are in the background of very much all the logos of all the pagan websites I have created and maintain since about 2006..  Every time I go past it, I take photos of the Parliament – be it a casual trip, a Doctor Who fan filming / photo shoot, or intentional visit to go see the statue of Boudicca – ancient Warrior queen of this land!

Perhaps, the attunement is too much..  because I did wake up today at 12noon with such bad headache that could not be shifted by breathing, massaging neck or coffee…that I had to take nurofen painkillers..  I now wonder if that was a sort of psychic alarm bell ringing on my clairsentient mind.. (because around 2.45pm the attack took place).  This might sound crazy..but I’ve been sleeping in a tent in garden for many months..  and sometimes when am in the house..I get a certain feeling..and later when i get to my tent for sleeping, i had found that fox has been in my tent..(front store area) peeing and marking territory.  Somehow that act of invasion rings my psychic alarms.  So  an attack on London was bound to have had some pre-effect on me.  (After all I have walked and marked London as `my realm’ for years!)

Whatever it is..  I am heading into London tomorrow..  for a leisurely wander – to visit the old favourite places.. river Thames, Trafalgar square, Millennium Bridge..and if the police open it up..  Parliament square  itself!  And I’ll be sure to spit, scratch and stomp out any traces of terror.

London is my City..it’s my realm..  my friends and families and communities live here..  and  I’ll defend  it with all my might and magic!!

3 thoughts on “London is Defended! (my reaction to terror attack on Parliament, London 22March 2017)”