Today is Pradosham – a special day for worshiping the Hindu God Shiva.
This happens twice a month.. a few days prior to full moon and new moon.
It is a day to worship and pray to Shiva, and seek the clearing of our karma, and release from the ever going karmic cycles of life-death-reincarnation-life-death-and on.

It is said in Hindu myths that when a boy (Markandeyan) was born, his parents were told he will die on his 16th year. While they were happy to have a child, they were sad to know what is to come. However Markandeyar began to grow and became a devotee of Lord Shiva, and learnt the Maha Mrityunjaya Mantra (among other things).. and used its power to seek Shiva’s help. And on his 16th birthday, when Lord of Death came for Markandeya, Lord Shiva appeared and warded off Lord of Death.and thus Markandeya was saved.

It means :
1.Om, We Worship the Three-Eyed One (Lord Shiva),
2.Who is Fragrant (Spiritual Essence) and Who Nourishes all beings.
3. May He severe our Bondage of Samsara (Worldly Life), like a Cucumber (severed from the bondage of its Creeper), …
4: … and thus Liberate us from the Fear of Death, by making us realize that we are never separated from our Immortal Nature.
(note: meaning taken from http://greenmesg.org/m…/sri_shiva-mahamrityunjaya_mantra.php 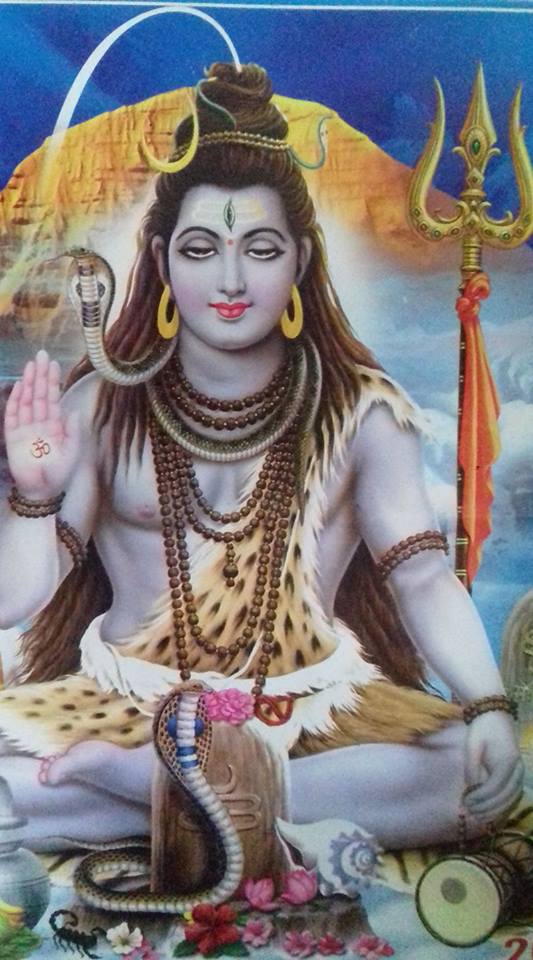 Hindus often use the Rudraksha mala (necklace) to chant the Mantras and count the number of chants.. It can amount to 108 times.. or 1008.. or several hundred Thousand times.. which takes purity and discipline over many days..weeks..months to complete.

Rudraksha beads are seeds coming from the Rudraksha tree.. It is said that Shiva once thought of the suffering and plights of people on Earth, and he wept for their suffering. His tears fell to earth and where they had landed the special Rudraksha tree grew..and so the seeds from that tree became a divine symbol of Shiva’s compassion for humanity. The seeds have many `heads’.. either 1, 2, 4, 6 ..12 and are expensive depending on how they are harvested and sold. (fakes abound too in the market).

Although people wear these beads and walk about like they are models on a religious fashion show.. the power of the Rudraksha beads is in total secrecy. Wearing it gives protection to the wearer. It must not be seen or touched by anyone else.. or when you have not bathed or eaten meat of any kind. also not during sex.. or if you have touched your genitals then don’t touch the Rudraksha. Also during chanting, you must not use index finger. You must not wear it and go to the toilet ..or ever place it on Earth (if you do all the hundreds or 1000s of chant powers you accumulate on it will be gone immediately and you have to start again). It’s protective power comes from not the seeds or mala (necklace) itself.. but in the way you use it to chant mantras many hundreds or thousand times..

If you must wear a Rudraksha beads as fashion item..to show how spiritual you are..fine.. but keep that set for show..and keep a more private mala for actual spiritual/ magical work..and follow the rules I have stated above..

I once wore mine in public…(only time) when carrying a Kavadi at a Hindu Chariot procession…dancing along the Durga Chariot for 4-5 hours. No sooner had that event finished.. I was putting it away..and my mala fell to the ground. So almost a year of work was gone.. I then reconsecrated it in sacred temple waters ..and rededicated it to Shiva and began using it for chanting again.. (moral of this is that… Gods grounded any public energies..and I had to reset!)

(I have much more say on this.. but it is intensely private..so plan to share insights only in a face to face course or workshop).

I had wanted to write about these 3 items for over year and finally here it is.

Last year for Shiva Rathri (night of Shiva) I organised a woodland fire ritual & chanting..but this year I went straight to temple.. However I hope to organise a Pradosham ceremony/ and/or a Shiva rathri ritual in the future..for those who are very serious about this work.

ps. incidentally when I did not know any mantra’s I started chanting with just `Om Nama Shivaya’ and gained great & immediate relief/ benefits, which led me to the Maha Mantra (Hare Krishna), Gayatri Mantra (Om Bhur Buvasvana..) and to this Mrityunjaya Mantra ..and many more.