Last night, I had to pleasure and privilege to be there for a talk by Shani Oates at Nova Stellar!  `Nova Stellar presents..’  is a monthly gathering where newcomers to Paganism & Wicca can attend, gather, socialise and listen to Intro talks/ Life journeys by now famous and well known Pagan authors, speakers, ritualists, magicians and public figures.

The event blurb gives the following info about her:

“Shani is an occultist, mystic, Luciferian Pilgrim of the Forbidden Arts, Traditional Craft practitioner, researcher, historian and writer of the Craft, magic, ancestral tradition – particularly the Robert Cochrane Tradition – and the cultural folklore and folk-magicks of the UK and its Northern Heritage.

She is Spae-wife and Matriarch of The People of Goda, The Clan of Tubal Cain and a student of anthropology, Tantra, philosophy and the arcane ‘Other.’

She is also the author of several books that write informatively on the myths, gods and archetypes that imbue and inform the Cults and Crafts of Witchcraft and Folk-Traditions, shifting through the arcane to modern times.

Her written works include: ‘Tubelo’s Green Fire’, ‘The Arcane Veil’, ‘Star-Crossed Serpent’ (Volumes I-IV), ‘The People of Goda’, ‘The Robert Cochrane Tradition: CTC: Tubal’s Mill’ (revised edition – 2018), ‘A Paean for Hekate’ , ‘Crafting the Arte of Tradition’ and ‘The Devil’s Supper’ .

Her numerous articles in other Craft anthologies, periodicals and magazines over the last two decades include: ‘Pillars II: The Ebon Kteis’, ‘Scalding of Sapientia’, ‘Heritage’ A Clan of Tubal Cain Anthology’, ‘Genuine Witchcraft is explained: Secret Tradition of the Royal Windsor Coven and The Regency’, ‘Serpent Songs’, ‘The Wanton Green’, ‘The Silver Wheel’ and ‘Ancestors of the Craft’

I realised that Shani Oates holds the official position of Matriarch (Maid) in the Cochrane Tradition of (traditional) Wicca/ Witchcraft – and was the one to pass the responsibilities/ energies from the previous Magister  to the present one.. So this talk by Shani was very informative …not lest because she is closer to the source but is one of the source!  and on some levels, some of what she spoke about (re: Robert Cochrane and some practises of the Cochrane Craft) was quite earth shattering for me on a personal level!

Until now I had only had hearsay and scraps of info about the late Robert Cochrane and Cochrane witchcraft. Shani talked in good details about much of it. And I asked several questions that had puzzled me for ages, such as the position of the Magister (and learnt that at any time..there is only one for the entire Clan.   ( he was also at the talk, but kept humbly quiet as it was not his talk..  But I spoke to him briefly afterwards, especially on  some awkward political matters that I had heard about in the London Cochrane craft community’ – which turns out to be  not connected to the legitimate members of the Clan after all..  (straight from the mouth of the current real Magister of the Cochrane Craft clan!!)

In the talk’s Question time, I posed some questions to Shani..  on any possible old magical working connections between Gardnerians (my lineage) and Robert Cochrane/line.  It was useful to learn that Doreen Valiente – mother of modern Wicca (Gardner’s HPS) had been invited by Cochrane to go and work with him/ them at some point… but no other official or formal workings/ partnerships or any initiatory connections exist.  These put to rest many gaps and concerns I have had in my mind for many years…  and I am relieved, to say the least, and excited by some similarities I have with my own evolving organic practise of Open rituals I facilitate at Queen’s Woods. .   (For my personal record I took a photo with Shani – private for now – and perhaps one for my Biography).

There were references to the Regency group that spun out from some members who had worked with Cochrane.  I was interested in the Queen’s Woods connection, where I have been holding my own `London Woodland Witches Pagans & Ritual Magicians’  meetup events for over 4 years (and other open rituals there for even longer).

Always grateful to learn new things of the Craft and this has given me much to mull over..

ps.  Shani was kind enough to correct some errors in some of the matters I had written (I’ve deleted 2 sentences).   She provided the following via facebook message:

“There have been four Magisters of the Clan of Tubal Cain, but several others of the actual Tradition itself prior to Robert Cochrane. The image depicts Robert Cochrane, Evan John Jones, Robin-the-Dart and Ulric Goding., three I have known personally, and one to whom I was linked to through Evan John Jones. Two of later leaders of the Regency circa 1969 had once been in Cochrane’s Clan, but left just before his death in 1966. After 1969, those two were responsible for the outdoor rituals that many associate with the Regency – these were held in Queenswood. Cochrane, the Clan and the early Regency never worked there. ” – Shani Oates (via FB) 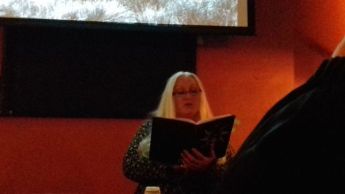 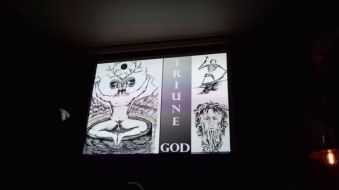